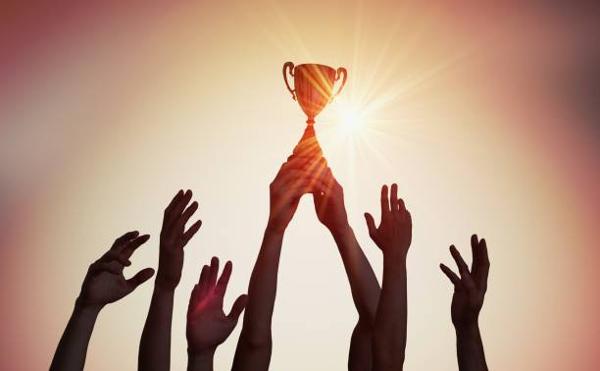 The Story of a remarkable young man

Aaron entered Nua’s Supported Living Services in 2019, and has achieved a number of successes over the last few years. Aaron thoroughly enjoys community integration and acquires a great sense of belonging from being a part of community clubs and memberships.

Some of Aaron's clubs include the local Tidy Towns Committee, golf, gym membership and he has represented Team Ireland in the 2011 Special Olympics in Athens, Greece.

Nua staff member Louis Labuschagne, Supported Living Dublin, who supports Aaron, explained to us, “Aaron is very involved in the community and we assist him in any way that we can. He volunteers in his local Tidy Towns, working with people including Cllr. Alan Tobin. Due to Alan’s substantial involvement in the Tidy Towns association. They decided to give him a role and he is now the Treasurer of the Tidy Towns Committee. When we were assisting him this year during the Pandemic, he worked incredibly hard, continuing to persevere as a volunteer during the Pandemic and was rewarded for that with a Certificate of Appreciation on behalf of the Tidy Towns Committee and the local Community Initiative.

Aaron loves to have a sense of belonging, he relishes involvement in local clubs and memberships and we have supported him in getting a gym membership as well. He is an inspiring young man to work with and is an extremely active member of the community. He strives to be independent and is very open to new suggestions. He is hugely motivated and he loves to belong to a team, he works very well with people.

Aaron represented Team Leinster in golf and progressed to representing Team Ireland in the Special Olympics in Athens, Greece in 2011. He secured second place in Athens, an incredible achievement!

One of Aaron’s highlights so far has been when he was invited for high tea with none other than the President of Ireland, Michael D. Higgins at Áras an Uachtaráin!! This all came about whilst Aaron and Councillor Alan Tobin were discussing the possibility of seeking an award for all the tremendous hard work and dedication Aaron has displayed through the Tidy Towns, always on hand to mow grass, plant the flowers and carry out clean-ups in the town. They began looking into the Gaisce award. The Gaisce award is The President's Award in Ireland, earned by people for participating in several activities for a certain period. There are three awards: bronze, silver and gold. The term "Gaisce" is from the Irish language and can be translated as "achievement". Unfortunately it was found out that the cut off age for the award was 26. However the story doesn’t end here….

Aaron, being the proactive person that he is, decided to write a letter to President Higgins to enquire as to whether there would be a possibility of creating an award of achievement for adults with intellectual disabilities. Some time later an invitation arrived through the post and to Aaron’s delight it was from the Office of the President of Ireland. He was invited to afternoon tea with the President in Áras an Uachtaráin in The Phoenix Park in Dublin. Aaron asked Councillor Alan Tobin and Nua staff member Ruth Leonard to accompany him to tea!

He had a fabulous afternoon with wine, tea, cakes and sandwiches, Ronan Collins from RTÉ Radio 1, entertained guests with music and there were photo opportunities with the President and his wife Sabina. Aaron presented the President and his wife with a tea cosy purchased at the local parish craft fair in Ashbourne. Needless to say there was a laugh had between all three of them.

At Nua, we felt it most important to recognise the massive achievements displayed so far by Aaron. He has shown great tenacity, motivation and hard work throughout his endeavours and we look forward to all the further wonderful achievements Aaron will surely accomplish in his bright future.