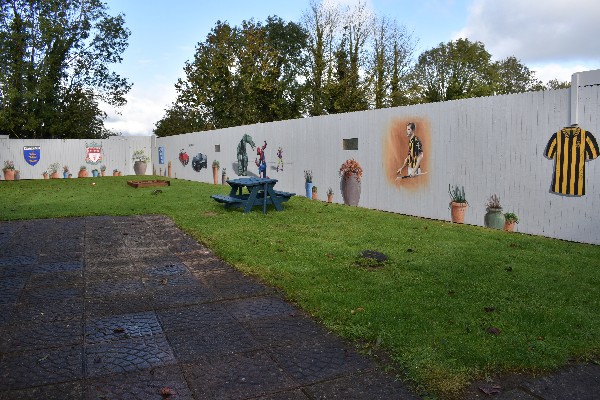 A very special team project recently completed in one of Nua’s Centres, The Willows.

Maintenance Manager, Niall Delaney, tells us about The Willows Project.

Back in the middle of July, I was asked if we could complete some work on the rear garden in The Willows, to enhance the garden area and boundary fence, making it more appealing to the eye for all residents and staff, while spending time out there. Following communication with the Area Chief Operating Officer, Danika Mc Cartney, and the Centre’s Person in Charge, Ian Barker, we decided it would be nice to fit some wall murals to the fence. Each mural would be a direct reflection of the hobbies and interests of the residents in The Willows.

To kick things off, Gary Scully, Deputy Team Leader in The Willows, sent us over a selection of photographs to start with, each one showing the types of things residents would like to see on the fence, which was extremely helpful. Once reviewed, I started working on identifying a suitable company / person to help us complete these works. A wall mural artist is not a regular request on the maintenance list, so I contacted Sarah Jane Murphy, Nua’s Social Media Executive, to support me in finding the right person for this very specific job. A few days later, Sarah Jane put me in touch with an artist called Vauney Strahan, whom I got in touch with, outlined our project brief and got the ball rolling.

Vauney thought this was quite a unique project but was very passionate from the get-go and looked forward to getting involved. To discuss the project further, I arranged to initially meet Vauney in Nua’s Head Office, thereafter visiting The Willows to inspect the area of focus in the garden. During the site visit, Vauney was able to capture all of the suggestions residents had around what they would like to see on the wall and Vauney shared her own suggestions also.

The project started in the first week of August and finished 6 weeks later in mid September. When Vauney arrived on site each morning, the residents would look forward to seeing what she was going to put up on the wall next. It generated lots of excitement and chit-chat amongst residents, especially around who was going to guess it right! As you can see from the photo, the completed work turned out superbly and it has really transformed the garden. 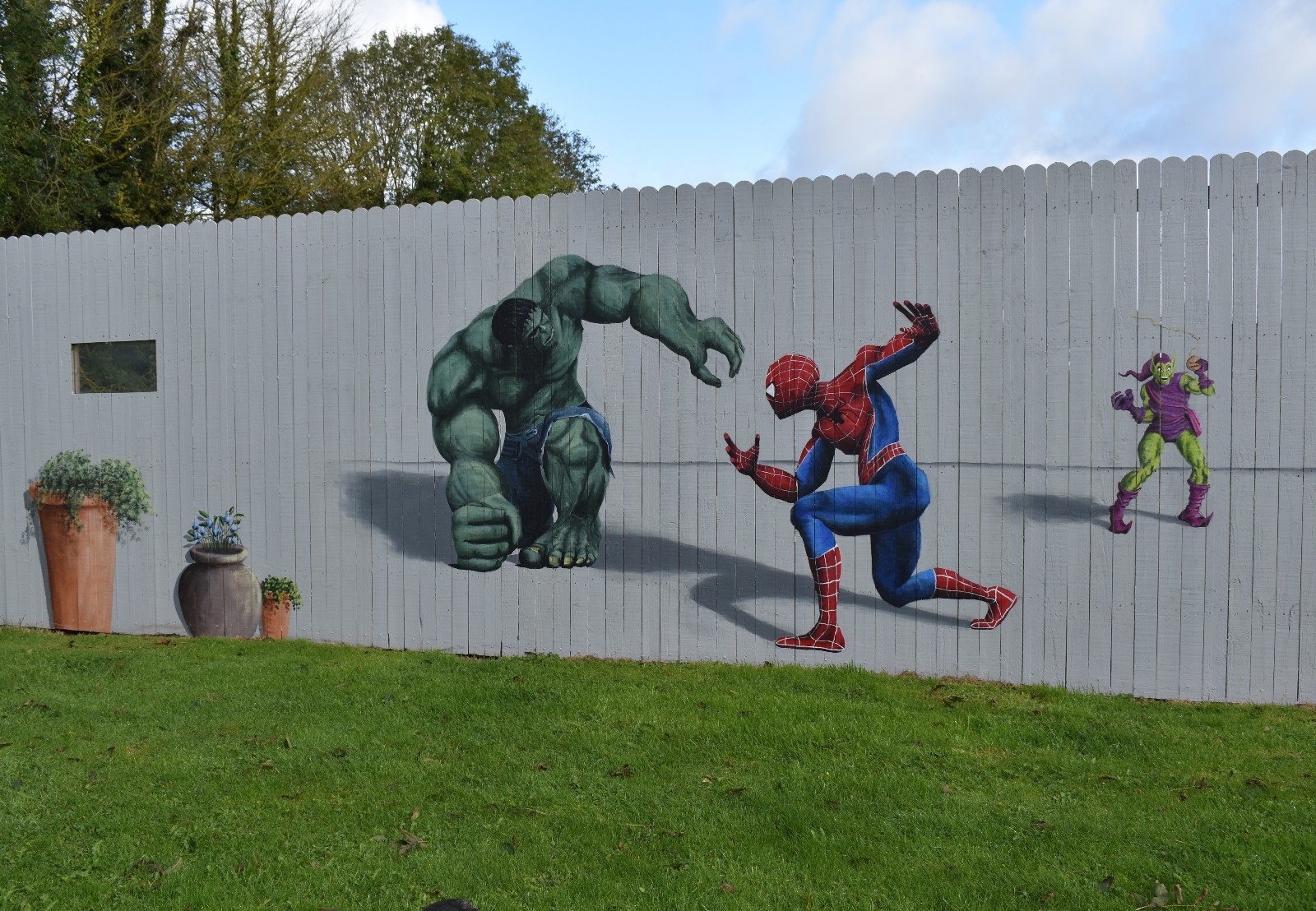