In October 2014, The National Disability Authority was asked by the Minister of State (with responsibility for Primary Care, Social Care (Disabilities & Older People) and Mental Health), Kathleen Lynch, to conduct an independent review of the process for the implementation of regulations and standards in residential services for adults and children with disabilities.

Following release of the report on May 3rd, 2016. Minister Lynch said; “The NDA’s review confirms the importance and necessity of the regulatory process; that it is working effectively and that it is protecting vulnerable people in the care of the State.”

Such residential services are provided for just under 9,000 people with disabilities at approximately 1,200 locations across Ireland. The Minister added; “The (NDA) Report covers the first year of HIQA’s inspections of residential services for people with disabilities. It is clear that significant improvements have been made across the sector. However, I note that much work remains to be carried out to ensure that all residential facilities comply with Disability Residential Standards.”

By the end of April 2016, all designated centres had been inspected at least once, with many receiving more than one inspection. The NDA’s review comprised of qualitative and quantitative analysis of published reports, and engagements with key participants in the process, including residents, family members, staff, service provider managements, HIQA, the HSE and disability organisations.  Summary findings showed all participants who were interviewed, welcomed and recognised the need for regulation and inspection in the disability residential sector.

Overview of the NDA’s Findings:

Of the 18 outcomes HIQA inspect against;

The review also highlighted a range of identified good practices, including some of the following: 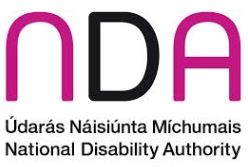