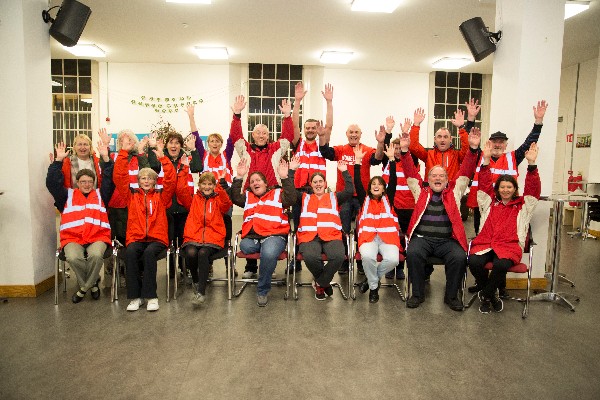 Nua Healthcare are delighted to team up with the Síol Foundation to support The Mustard Seed Soup Run.

The Mustard Seed Soup Run started in 2006 by a group of volunteers who were members of the Trinity Church Network. They began to provide food and clothing each Monday night to the homeless of inner city Dublin.

The Síol Foundation came on board with the Mustard Seed Soup Run in 2015 to assist them with helping the homeless in the community. The Síol Foundation are a group of businessmen who had previously given to charities and didn’t like the way charities were operating with such high overhead costs and felt that they should instead be run like a business, keep costs low and give away as much as you can. So they set up a foundation called the Síol Foundation.

When the Síol Foundation became involved with the Mustard Seed Soup Run (M.S.S.R.) in 2015, they sponsored some winter packs for the homeless containing waterproof sleeping bags, thermal full body underwear and thermal clothing, socks, hats, gloves and scarfs. The Síol Foundation then purchased a 2005 catering Van for the group so that they could provide hot food to homeless people in the harder to reach areas of Dublin. They then teamed up with Nua Healthcare, Prepay Power and Europcar to fund the operating costs of the van and the group have been out each night 365 days a year since January 2016 without missing a single day!

The Síol Foundation have been able to link them in with Food Cloud, Esquires coffee, Dublin Pizza Company and the Kilkenny Shop to take their left over food each day and distribute it not only to the long term homeless sleeping rough on the streets but also to 4 homeless hostels in the city centre.  They are one of the few homeless soup runs that are running 7 nights each week and are part of the overall strategy to end homelessness. The M.S.S.R. collect a lot of data for the EU and for Ireland because they are out 7 nights a week and are linked in well with the Peter McVerry trust and the addiction centres.

We spoke to Andrea Deering of The Síol Foundation where she explained to us a bit more about their involvement with The Mustard Seed Soup Run. “We have just replaced the catering van with a 2016 Renault Van that will be wrapped with all the logos of sponsors and the contact details of the Mustard Seed Soup Run and we hope to continue to support this group of volunteers to keep doing the good work that they are doing for as long as they are needed.